.* This concert has been cancelled *

The Australian Harp Quartet is one of the most exciting new ensembles to emerge from the Australian classical music scene this year. Comprised of four talented soloists; Emily Granger, Julie Kim, Georgia Lowe, and Natalie Wong; the ensemble plays a combination of original works and arrangements which showcase the iconic sound world of the harp and each individual’s technical brilliance.

The AHQ possesses a unique energy derived from each other’s diverse musical backgrounds. It seeks to challenge the entrenched preconceptions of the harp by performing a wide range of styles and repertoire heretofore considered the domain of other instruments. What distinguishes the group is their rapport and musical maturity in programming and delivery.

.
Julie Kim completed both her Bachelor and Master of Music in Performance at the Sydney Conservatorium of Music under the tutelage of Louise Johnson. She has been awarded prizes such as the Corinna D’Hage Mayer String Scholarship, The University of Sydney Academic Merit Prize, Estate Peter Davidson Scholarship and The South Sydney Rotary Club ‘Felix Switzer’ Memorial Award. She also won 2nd Prize at the 2016 Fine Music 102.5 Young Virtuosi Award and was a finalist in the NSW Doctors Orchestra Sydney Eisteddfod Instrumental Scholarship. Julie appears regularly as guest harpist in the Sydney Symphony Orchestra, and has also performed with the Opera Australia Orchestra and Canberra Symphony Orchestra.

.
Georgia Lowe was privileged to study under internationally renowned harpist Sivan Magen for three intensive years in New York, where she received her Master of Music from City University New York. Prior to traveling overseas, Georgia studied with Louise Johnson, Principal Harp of the Sydney Symphony Orchestra, both privately and at the Sydney Conservatorium of Music. She has performed Ravel’s Introduction and Allegro (2016), the Gliere Harp Concerto (2015), Rodrigo’s Concierto de Aranjuez (2014), the Mozart Flute and Harp Concerto (2013), and Debussy’s Danses Sacrée et Profane (2012) with the North Sydney Symphony Orchestra and Beecroft Symphony Orchestra.

.
Natalie Wong performs regularly as guest principal harp in the Opera Australia Orchestra, and has played in the Adelaide, Melbourne and Sydney Symphony Orchestras. She began harp with Hazel Hu, then completed a Bachelor of Music with first class honours studying under Louise Johnson and Jane Rosenson at the Sydney Conservatorium of Music. She attained her Master of Music at the Hochschule für Musik Hanns Eisler Berlin under Maria Graf, and studied intensively with Marie-Pierre Langlamet. Whilst living in Germany, Natalie performed frequently as guest principal harp in the Brandenburgisches Staatsorchester Frankfurt and toured to Russia under Valery Gergiev alongside members of the Mariinsky Theatre Orchestra. 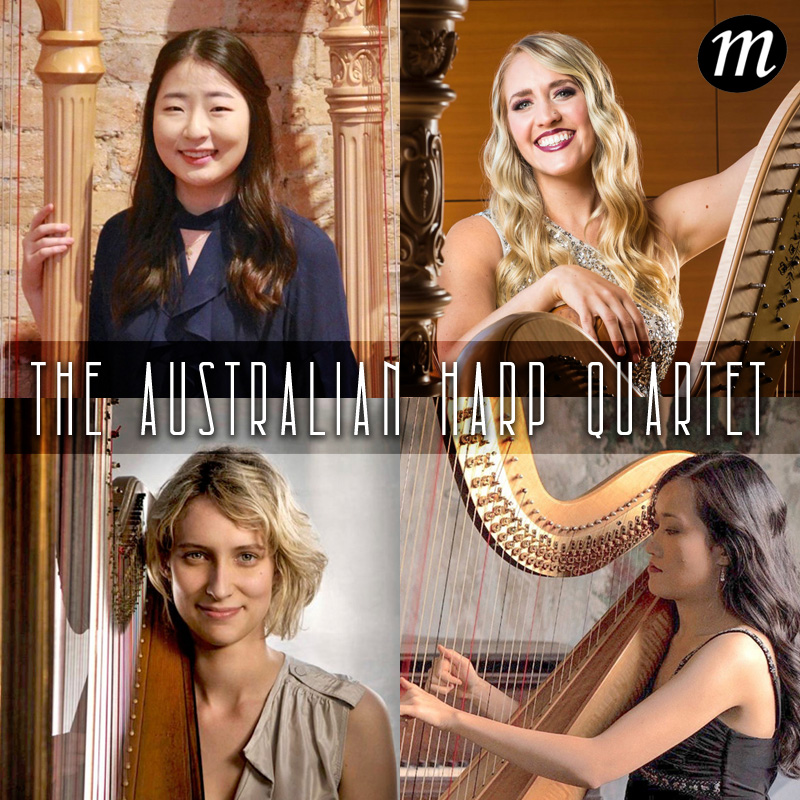