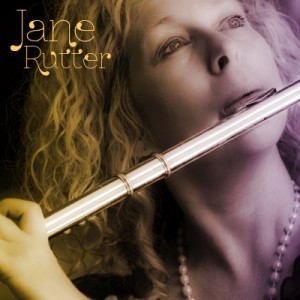 ‘Instruments of the breath are closest to the heart. Making music from the act of breathing is the earliest form of alchemy: turning the breath that keeps us alive into the music that feeds our soul.’

Jane studied on a French Government scholarship in Paris, with the legendary flautists Jean-Pierre Rampal and Alain Marion, after which she went on to lecture at the Sydney Conservatorium of Music, founded the Music Scheme, formed the innovative chamber group POSH, performed with the Seymour Group, the Australian Ensemble, and worked as a principal flute in the Elizabethan Trust Orchestra and toured with Musica Viva.

A musician ‘sans frontiers’ (without boundaries), Jane is considered a world expert on French-style flute playing,and its affiliation with the Bel-canto voice. Following the French tradition, Jane’s classical career has been enhanced by her ability as a ‘cross-over artist’ (theatre, cabaret, world music, jazz, improvisation, cabaret film, TV and composition).

Jane received an award from the Australian Elizabethan Trust for her thesis on the French Flute School.

The sound track album from An Australian in Paris (DVD), reached No.1 in the Australian classical charts and was nominated for an ARIA (Australian Grammy) award. Her latest album French Kiss also reached No.1 status. The ‘City of Light’ shines through in her flute — a voice which speaks straight to the heart of all who hear it.
Jane Rutter is curator and Artistic Director of Live at Lunch, the Concourse, Chatswood.