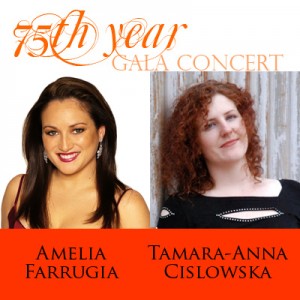 To celebrate our 75th year, you are invited to wear cocktail attire.

Amelia Farrugia is one Australia’s best-loved sopranos. Since her opera debut in 1994, she has sung many leading roles for Opera Australia, Opera Queensland, State Opera of South Australia and with all the ABC Orchestras and is now a regular on the roster at The Metropolitan Opera, New York.

A graduate of the Sydney Conservatorium of Music, Amelia has won many major singing competitions including the Marianne Mathy Scholarship (1993), Sydney Eisteddfod’s McDonald’s Operatic Aria (1994), The Herald Sun Aria (1994), the Metropolitan Opera National Council Auditions in Australia and New York (1994–1995) and the Opera Awards (1996). She was awarded NSW Young Achiever of the Year (1996).

Amelia’s debut solo recording, ‘Joie de vivre!’ was released by Universal Music/Decca in Australia in 2005 and the UK in 2006 and nominated for a Classical Aria (2006). Amelia is the first Australian solo artist to record on the prestigious Decca label since Dame Joan Sutherland in 1959.

Recently, Amelia has appeared as a featured artist on Channel 10 in ‘A League of their Own’; as a guest panellist on Studio 10 with Ita Buttrose; as guest artist at The Ivy Diamond Ball; appeared in concert with The Song Company at ‘Acapella by the Sea’ and at the Joan Sutherland and Richard Bonynge Foundation glittering Bel Canto Dinner.

Amelia debut’s with Pinchgut Opera in July 2014 appearing as Frau von Habicht in their production of Salieri’s ‘The Chimneysweep’.

Tamara-Anna Cislowska is one of Australia’s most acclaimed and recognised pianists for both her solo and chamber performances. She has performed worldwide with repertoire from Scarlatti to Sculthorpe, and in 2012 won the APRA-AMCOS Art Music Award for Performance of the Year (ACT).

The youngest pianist to win ABC Young Performer of the Year at age 14, other awards include the David Paul Landa Memorial Scholarship for pianists, the Freedman Fellowship, and international prizes in London, Italy and Greece.

Tamara is a regular guest of orchestras and festivals in Europe, America and Australasia, including as soloist with the London Philharmonic, the New Zealand Symphony, and all the Australian Symphony Orchestras with conductors such as Matthias Bamert, Edo de Waart, Asher Fisch, Johannes Fritzsch, Christopher Hogwood, James Judd, Markus Stenz, and Yaron Traub. She has toured with the Australian Chamber Orchestra and as recitalist has performed at the Purcell Room in London, Kleine Zaal of the Concertgebouw in Amsterdam, Frick Collection in New York, and the Sydney Opera House.

She was a founding member of the acclaimed Mozart Piano Quartet in Berlin, and Australia Quartet in Sydney. 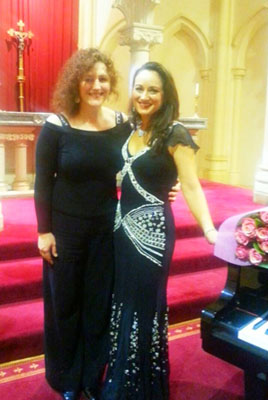 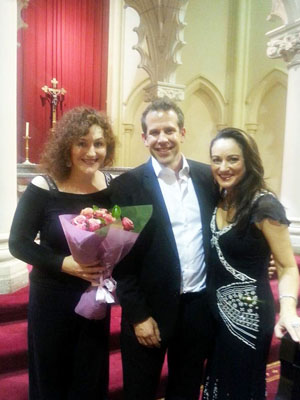