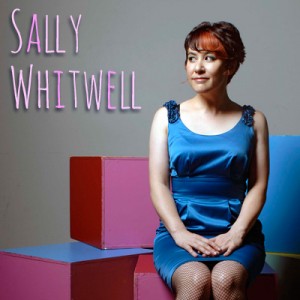 Visit our TICKETS page for details about purchasing tickets for this performance.
Or, BOOK ONLINE here.

.
Award winning pianist Sally Whitwell maintains a busy freelance career as performer, conductor, composer and educator from her base in Sydney.

Sally’s most recent solo release All Imperfect Things; solo piano music of Michael Nyman won the 2013 ARIA Award for Best Classical Album as well as Best Engineer for ABC Classics very own tonmeister Virginia Read, the first time that a woman has ever won this award. Additionally, her debut album Mad Rush: solo piano music of Philip Glass won her the 2011 ARIA for Best Classical Album. Her sophomore album The Good, the Bad and the Awkward is a truly unique compilation of film music where she played not only piano but toy piano, harpsichord, recorder and melodica. Sally plans to record a fourth album in 2014 featuring her own compositions in the art song, choral and chamber music genres.

Recent solo concert appearances for Sally have included the world premiere of the Philip Glass Complete Piano Etudes for Perth International Arts Festival and Ten Tiny Dancers, an all-singing-all-playing-all-dancing cabaret piano recital for the Famous Spiegeltent season at Arts Centre Melbourne. In 2014, Sally will travel to Los Angeles and New York City to perform again with Philip Glass. She will also be touring extensively within Australia, including shows for Adelaide Fringe Festival, concerts at Riversdale for the Bundanon Trust and various trips to regional centres on the NSW South Coast and Byron Bay.

For more information about Sally Whitwell, visit her website.

For this concert, Sally performs one of her own compositions:

.
The St Paul’s Music Department continues to build on the foundations of offering many varied opportunities for students from the Northern beaches. Our students perform a variety of music from different genres; Classical, Jazz, South American and different genres of Rock Music.

They have performed at the Manly International Jazz festival and also made their first CD.
St Pauls students continue to achieve high marks in the NSW HSC often ranking in the top ten percent Band 6 results.

Yellow after the Rain – Mitchell Peters
Composed by Mitchell Peters, this wonderful composition for Marimba features independent and double four mallet technique. A standard for marimba players throughout the world tonight our soloist is Jack Van Vliet.

Chameleon – Herbie Hancock
Composed by revered Jazz composer Herbie Hancock in 1973 and first released on the landmark jazz album Head Hunters. The arrangement and solo tonight is by Anders Alama.

Isn’t She Lovely – Stevie Wonder
This Stevie Wonder classic released on the 1976 album ‘Songs in the Key of Life’ celebrated the birth of his daughter Aisha. Performed on solo bass guitar tonight by Daniel Villarreal.

Master Blaster – Stevie Wonder
First released on the 1980 album ‘Hotter than July’ this work was written as an ode to the reggae compositions of Bob Marley and the Wailers.